Gantz/EXA is the second Gantz novel published and has 12 chapters.

It was released first in Jump magazine, then printed as a complete collection in January of 2011. Currently only available in Japanese. 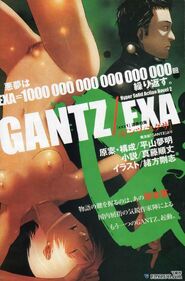 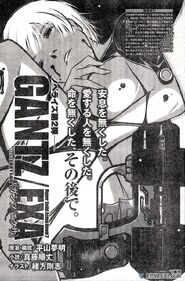 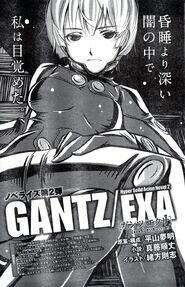 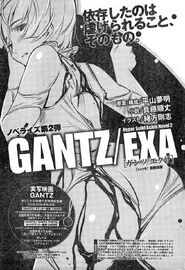 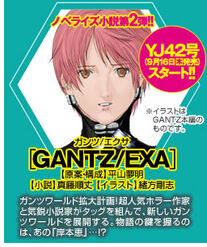 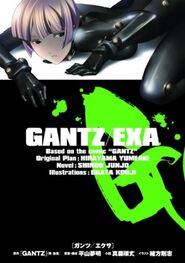 Add a photo to this gallery

The main character is named Nagatomo, he is an astronaut and a scientist in charge of a secret operation about experimenting cryogenics on human subjects such a assasins or political prisoners, all inside a spaceship called "RETRO". Suddenly he wakes up inside the ship only to see outside a huge amount of black spheres floating in space, he first believes they could the debris of something, then he realizes there is life activity inside them and leaves the ship to bring one of those spheres inside, then he proceeds to open it and founds a girl inside it, Kishimoto.

Suddenly, Kishimoto is transfered along Nagatomo to a GANTZ room that looks like it's the Tokyo one, the black sphere inside the room starts playing the radio song and reveals the target, the "comedian alien", then sends both to the battle area. Kishimoto is wearing her GANTZ suit now but Nagatomo is only wearing his space suit, they fight the aliens (Kishimoto proves to be useful, because she knew about the missions) and are sent back to the room.

The "Astronaut" gets 6 points and "Big tits" gets 0, Kishimoto decides to stay in the GANTZ room because there is no place she can go back, Nagatomo leaves but not before saying he will be back.

Retrieved from "https://gantz.fandom.com/wiki/GANTZ_EXA?oldid=23983"
Community content is available under CC-BY-SA unless otherwise noted.